121 years have passed since the birth of the great poet Luís Amado Carballo (Pontevedra May 2, 1901, September 3, 1927). Along with his contemporary Manuel Antonio, Amado Carballo is one of the innovators of Galician poetry at the beginning of the 20th century. Founder of hylozoics and its maximum representative, he respects the poetic tradition and uses popular metrics to sing to the landscape.

“Proel” (1924), published during his lifetime, is a book consisting of 35 compositions plus a prologue in which the author expresses his desire to unite tradition and renewal without losing his commitment to the land.

THE ONE WHO DIED IN THE SEA
He had twelve grandchildren
that sailor,
all fit
under a basket.

If you want to delve into the characteristics of Amado Carballo’s work, visit this page, or this other one that talks about Ánxel Casal’s editorials.

Here I am in Pontevedra, in front of house number 9 on Benito Corbal Street (called Progreso at the beginning of the 20th century), at the foot of the church of San Francisco, where in 1901 Luís Amado Carballo was born on the second floor.

In this house on Progreso Street he grew up as the only child of Luís Amado de la Riega (from Pontevedra) and Consuelo Carballo Pesqueira (Redondela). From this house he went to classes at the Balmes School, in Méndez Núñez Square, where he studied until 1912, when he entered the then-called General and Technical Institute of the city of Lérez. In this property on the corner of Benito Corbal and Cobián Roffignac, Amado Carballo played and even dreamed of a future that he did not know would be cut short when he was still very young.

“Candeloria”, taken from the book “Proel”, was the poem by Amado Carballo that caught on in me. A kind of almost minimalist musical treatment that allowed us to anchor in the folk-rock estuary. Great work by Antón Torroncho on electric bass, Paco Cerdeira on electric guitar, Richi Casas on tenor sax and me on drums and vocals and backing vocals.

Here I leave you a version in trio format, composed by Alberto Romero on electric guitar, Fernando Román on soprano sax and me on electric drums and voice. The recording comes from the performance we gave in Valdoviño (A Coruña) on Friday, March 11, 2022. Miguel Otero was at the sound table. Enjoy it. 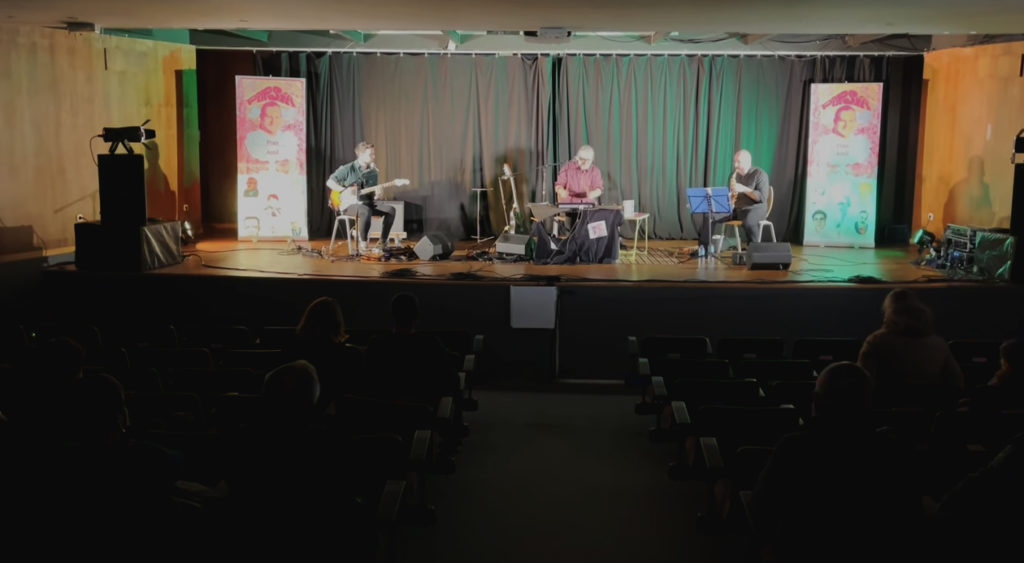 You can take a look at this link to listen to what Xoán Babarro says about Amado Carballo.