Mondoñedo was filled with light on October 25, 1854, to receive Manuel Leiras Pulpeiro. As time went by, that boy from Mondoñedo would leave a deep mark in the life and in the hearts of the men and women of the region, honoring the one who best characterized him: “He loved the truth and practiced good.”

As Aquilino Iglesia Alvariño said in a 1949 speech entitled “A lengua dos poetas do Norte de Lugo” (Two Poets from North of Lugo A Tongue): “In this portico of pious poets, Leiras is the relaxed and hollow in the face, the accursed poet, a good materialist of his time , with white beards, a hurt heart and a friend of doing well ”.

“Cantares gallegos” (Galician songs) was the only book that was published during the life of the poet who disguised himself as a doctor, and is composed of short poems, in stanzas of four lines, written in a popular and traditional way, which collects songs of strong patriotic content, satire anticlerical and in which he sings to Mondoñedo and his lands and his men and women.

The song “Pena da roca” (Rock penalty) grew up in me by putting together individual stanzas from Leiras Pulpeiro’s book “Cantares gallegos”, published in 1911. The melody emerged stubborn and ballad, and dictated the instruments that would shape the musical interludes. Great musicians such as Paco Cerdeira on guitar, Marta Oro Amón on violin, Ricardo “Richi” Casás on tenor sax and Fernando Román on bagpipes embellished the song to expressive heights of great passion and quality. I’m lucky to have artists of such stature by my side.

The ants go around a hundred
to find honey in the hive;
but I give more I looking for
the one with the little girl’s mouth.

Such was my sorrow,
and so much and so much I cried
than the same rock penalty
with my crying I softened.

I stayed like the branch
that they leave alone in the forest;
I have no one to protect me
from the sun from the wind and from the water.

*The song title is an untranslatable pun. Pena, in Galician, has among its various meanings that of: Moral suffering produced by an adverse event, a disappointment etc; and also that of: fact that produces that feeling. But it can also mean: A large stone that stands out on the land or in the sea naturally, or what is the same: a rock. When doing the translation, that double meaning is lost.

One mild afternoon in October, my brother Carlos and I approached Mondoñedo, to do a short report on Leiras Pulpeiro with which to illustrate this anniversary of the poet and doctor’s birth. Here you have some photos on Leiras Pulpeiro street in the town of Mondoñedo, the house where he lived, and the Leiras Pulpeiro slab, which is the name of the space of the civil cemetery of the town where our protagonist is buried. Jose Luís Fernández Ansedes accompanied us, essential and authentic cultural agitator of Mondoñedo and surroundings. Being in Mondoñedo, it is impossible not to go near the cathedral, or have a talk with the legendary Álvaro Cunqueiro, who told us about Merlin and his family, about Ulises when he was a boy, about the uncertain Mr. Hamlet, about old Sinbad, about a man who he resembled Orestes, and Fanto Fantini della Gherardesca. As we had to visit the grave of Leiras Pulpeiro, we agreed with Cunqueiro that we would have to return another to continue with the talk, and he promised to tell us things about people from here and there.

To honor Leiras Pulpeiro on this occasion, I met with Richi Casás and Fernando Román. On this occasion, we went to Casa Lourán, in As Restrebas in Val de Xestoso (Monfero, A Coruña) where Anabel González welcomed us with a hug and a frank smile. The homage to Manuel Leiras Pulpeiro found shelter in the gazebo of Casa Lourán, and we tackled an acoustic version of “Pena da roca”, I playing the rhythm guitar, Richi the alto sax, and Fernando the bagpipe. Enjoy it. 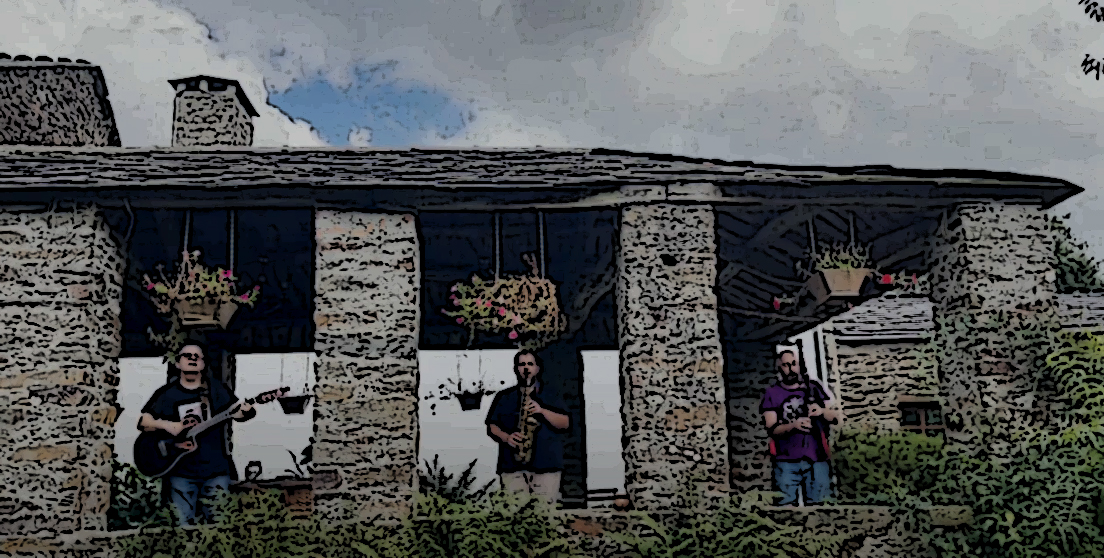 Currently the city council of Mondoñedo established a literary competition, the “Manuel Leiras Pulpeiro Poetry Prize”, which has now been published for ten editions.