On February 23, 1837, a girl who would change the history of Galician literature like no other figure singular was born in the Casa de la Parra del Camino Nuevo (today Plaza de Vigo), in Cornes, place of Conxo (Santiago de Compostela): Rosalía de Castro, baptized as María Rosalía Rita on the 24th (day and reason why until this same year of 2022 it was always celebrated as the birth of the poet).

An event typical of a soap opera plot, only the first of many that would fill the biography of an unfathomable figure in every way. Rosalía would also have to be the first in many aspects: a writer in Galician, a feminist champion in her creativity, an unusual European culture in a world as closed as the Galician one, first journalistic incursions with Murguía… A jewel that in recent times is being studied and recognized from a more complete perspective.

To celebrate this event on a day like today, we went to Padrón, to the Casa Museo de Rosalía, in what is known as Casa de la Matanza, home of Rosalía and her family with Manuel Murguía in the last years of the life of the poet, to speak with its president Anxo Angueira about this change of day in the celebration of the birth of Rosalía de Castro, the result of the investigation carried out by Sagrario Abelleira. 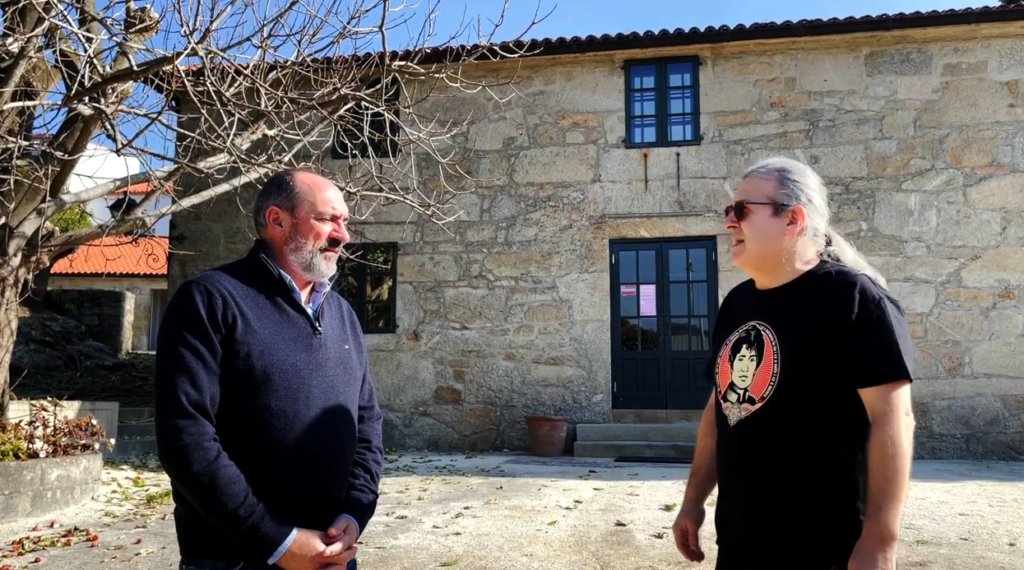 The song “Negra Sombra” is sufficiently known through the musical composition of Juan Montes (Lugo, April 13, 1840 – June 24, 1899), with hundreds of recordings, some of which had an immense impact on the public, even outside Galicia. When Carlos and I decided to include the poem by Rosalía de Castro in our album “Popsia Vol. I”, we were clear that we did not want to do another version with Montes’s music, so we made the decision to open a new path starting from a composition of his own, and immediately we both coincide in a touch of blackness in the rhythm, appropriate to a metaphysical letter. In the disco wave, we look for a way to fuse a funky rhythm with the tradition of Galician music. We hope that listening to the song will be to your liking. We also have extraordinary musicians: Paco Cerdeira on guitar, Ruchi de Baio on electric bass, Gueorgui Oganesian on tenor sax, María Quiroga on trumpet, Mandela on trombone, Marta Oro Amón on violin, Miguel Vázquez on bagpipes, and an unbeatable trio in female voices: Ángeles Dorrio, Carmen Rey and Sara Vázquez.

Here I leave you the acoustic version recorded in front of the Casa de la Matanza. I have for me that something of the Rosaliano spirit could stick to me in such a unique place. 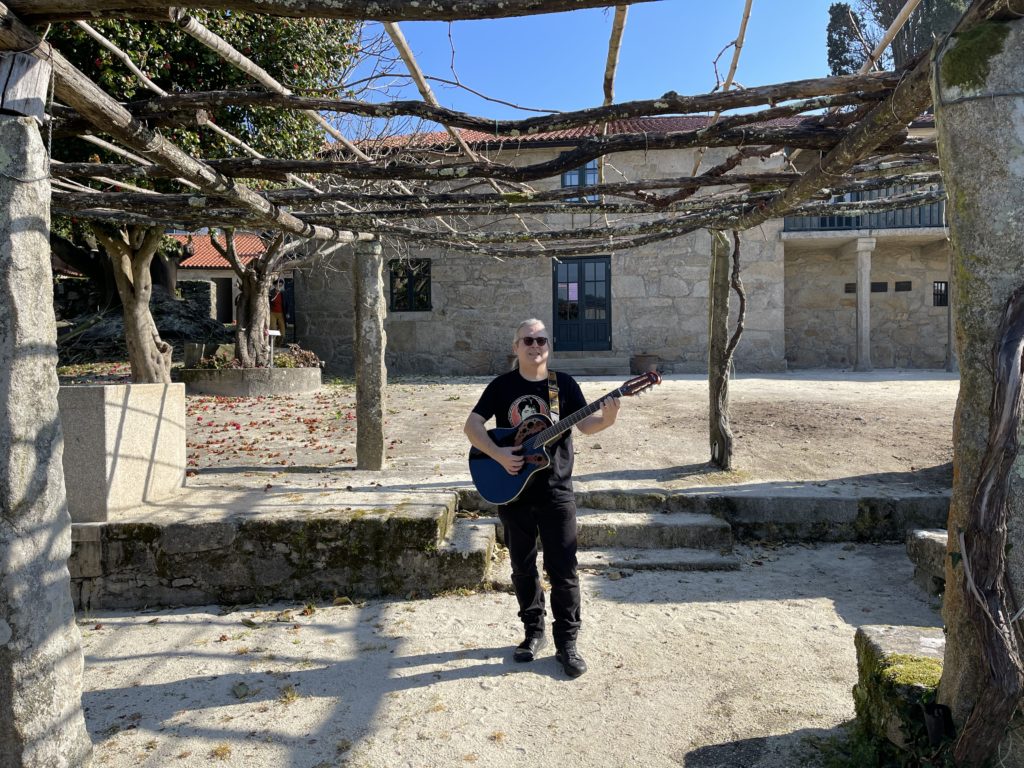 We took these photos in Bertamiráns, in the town hall of Ames (A Coruña). Look what a fabulous mural entitled “As Rosalías”, made by the artist Yoseba Muruzábal in the Casa da Cultura de Milladoiro.

Here we can find an interesting study by Lois Rodríguez on the iconic image of Rosalía: “O deseño de Portela que mudou a imaxe de Galicia”. An image that can be found today on t-shirts, notebooks, record covers, glasses, plates, stamps, murals, statues (such as the Ferradura statue in Santiago) and all kinds of designs and drawings, even adorning the image of old 500-peseta bills that passed from hand to hand throughout Spain, or guides the tail of a plane of the Norwegian company Norwegian.

If you follow this link you will arrive at a very interesting study on “Unpublished poetic texts by Rosalía de Castro“, signed by Henrique Monteagudo and Chus Lama.

Don’t forget to pay a visit to the Casa Museo de Rosalía de Castro in Padrón, but as long as you don’t do it in person, you can get closer virtually. A must see.