Today, August 30, 2021, it is 42 years since Celso Emilio Ferreiro left earth, to settle in the collective memory as a singular bard of Galician lyric.

The title of his book of poems “Longa noite de pedra” (Long night of stone), published in 1962 by the Galaxia publishing house, is used by many people to describe the long Franco period in the government of Spain.

The roof is made of stone.
Of stone are the walls
and darkness.
Stone the ground
and the bars.
The doors,
the chains,
the air.
The windows,
the looks,
they are made of stone.
Men’s hearts
that lurk in the distance,
facts are
too
of stone.
And I, dying
in this long night
of stone.

Celso Emilio Ferreiro was a poet committed to his land, and with the troubled time that he had to live. Is, probably, one of the poets who more and better feed the musical menu of texts that singers, authors and musicians find suitable for covering, since the undeniable rhythmic richness of his poetry often demands that the musicians’ fingers slide over the strings, keys and vents of his instruments, in search of melodies impregnated with authenticity, like this “Mentres canto” (While I sing) that we offer from his poem “Spiritual”, extracted from the book “Longa noite de pedra” (Long stone night ), and which is part of the repertoire of my latest album “Popsía Vol. I”.

Maybe tomorrow
when my look
do not germinate in the light
like a little water poppy,
come loneliness.

But today I sing in freedom
and while I sing
I’m not isolated,
that the heart goes with me
and I talk to him.

I will drink the landscape
in a dawn of lilies.
The bells of the sea
in the fleeing winds.

Every moment a bird
each pulse a beat.
A sword of rain
cutting the flower of the wind.

Nor the grim looks,
nor elusive lips,
nor the enemy voices
nor the mean men.

I will live like fire
lit at night.
I will have star peaks,
I will sing for the men.

I am with myself.
The heart is the boss,
and I obey.

Like Celso Emilio Ferreiro, while I sing, my heart goes with me and I talk with him, and everything that exists in the world is a note that unites me with all the men and women who lend me their ears. I leave you the acoustic version of “Mentres canto” (While I sing), recorded on the same day of the 42nd anniversary of the poet’s death (Celanova, January 4, 1912, Vigo, August 30, 1979). 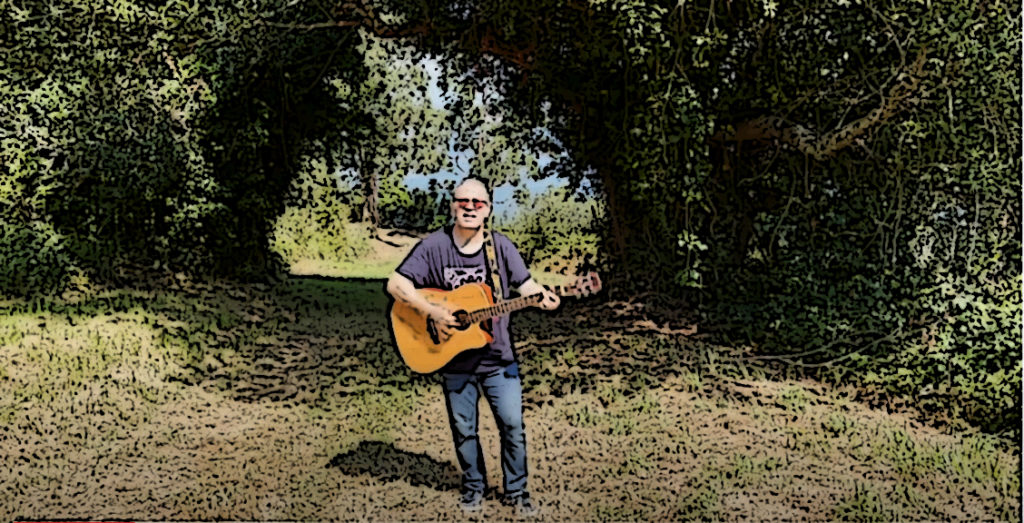